Aging. A blessing, not afforded to everyone. One life to live.

How many of you wake up in the morning ,look at yourselves in the mirror and say ” holy Crap !! “what the Hell ? whose been playing in my face during the night?. I am convinced that before I go to bed, there is a little group of wrinkle fairies , just waiting for me to close my eyes. You all know what I’ m taking about !! as far as the rest of the body  is concerned, still don’t know  who’s  working on that part during the night.

People say “age is only a number” “You are only as young as you feel”. Yeah rriiight !! OK !!! You can always fix it with a little Botox ,some filler , all new !! . Yes !! when you are healthy, it’s all that, but lets not fool ourselves into thinking that we can buy youth, maybe retard it a bit. Some have gone as far as disfiguring themselves in the              quest of escaping the inevitable.

I’ve been to parties where I wonder  “I know I met you before” all the women look-alike , never sure “have we met before, like 5 minutes ago.” .  the quest to remain young , has women now all looking alike . One look !!!   Yes its Vanity !! .We live in a society where Age matters , Looking young matters

Then you start loosing friends ,who are just too young to go. Friends whose only wish, is to live a little longer. Reality sets in. Yes reality !! That feeling that literally slaps you in the face and says wake the hell up. Reality , what  a concept . You start asking yourself , should I feel guilty about having the privilege to bitch about aging? It’s a questions I ask myself every time a friend  goes too soon. Knowing how important just being alive was to them. Knowing they didn’t have the opportunity to be shallow . knowing how unimportant  that wrinkle and that scar  was  in the grand scheme of things.

As time passes and I am lucky enough, to be healthy enough, to worry about how I age. Be arrogant enough , not to want to age gracefully. Not that I think aging gracefully is such a bad thing. just letting nature take its course.  Being in the job market in later years, unfortunately requires energy , clear thinking , all associated with youth.

So what is the choice ? Doing the best you can, being in a state of constant repair (very exhausting) Like a car you can’t afford to get rid of, or a monument falling apart..Sadly it’s one of Those things in life, that we can’t control . Is it a curse or a blessing ? depends on where you are  in life ..

Youth is venerated , age is not. Age is associated with disease , medication , lack of energy not sexy. Yet some women have managed not only to age well, but to do it fabulously. Now we won’t pretend they didn’t have a little tweak here and there. Wink , Wink !! 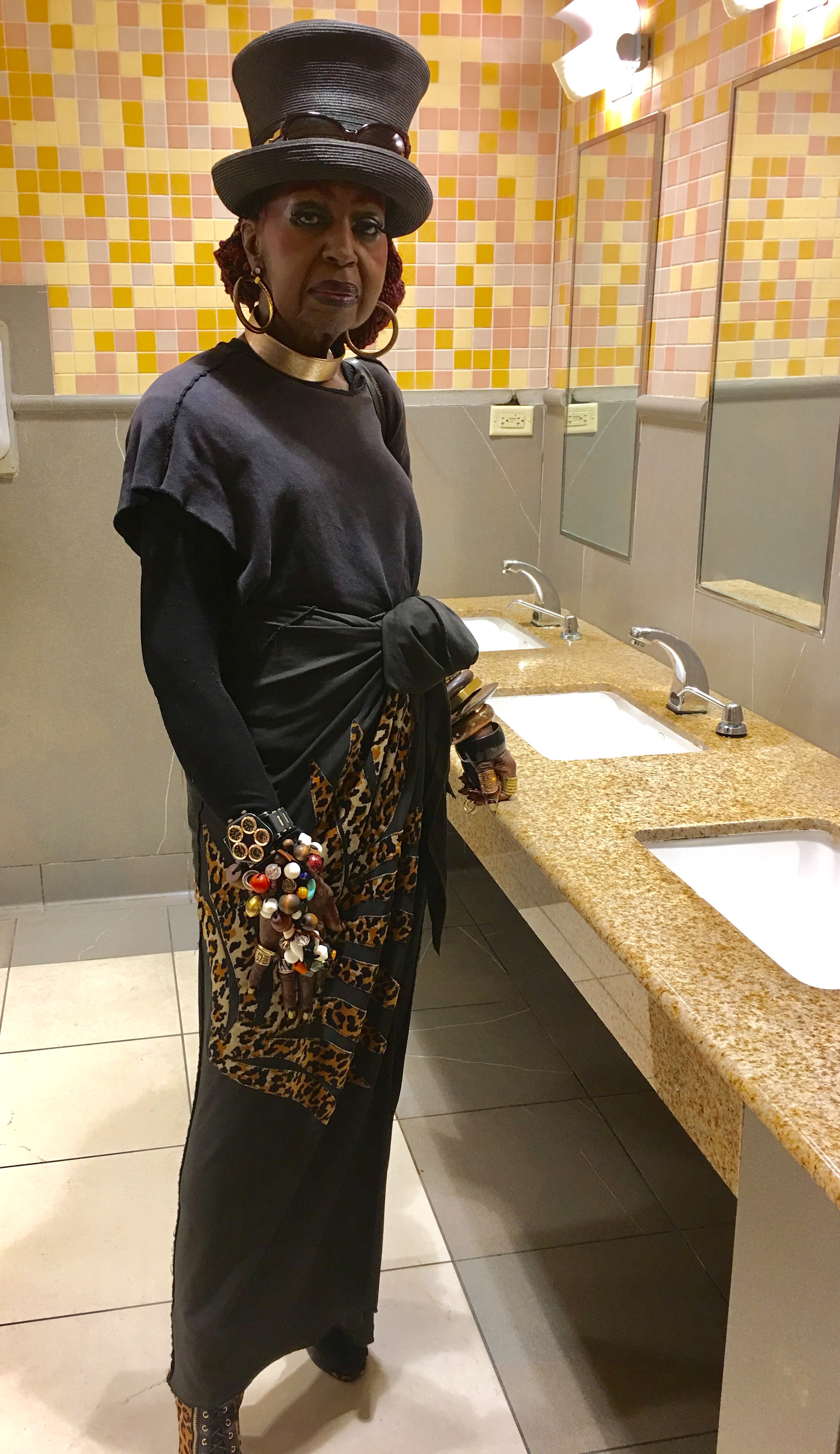 This is the fabulous 79-year-old Clarisse , met her in the lady’s room . She walked in , on tiger print booties , 6 inch heels ,that most people 30 years younger couldn’t even maneuver . She reminded me of  “The Lady  Chablis”  in the movie “Midnight in the garden of good and evil”. I had to photograph her. she was just Fabulous !!!

Only a few of the marvelous ladies known and unknown ,who have done it beautifully.

So ladies fix it, don’t fix it  it’s a personal choice. In the end do it with grace , attitude  and joie de vivre. ONLY ONE LIFE , MAKE IT COUNT..


Error: API requests are being delayed for this account. New posts will not be retrieved.