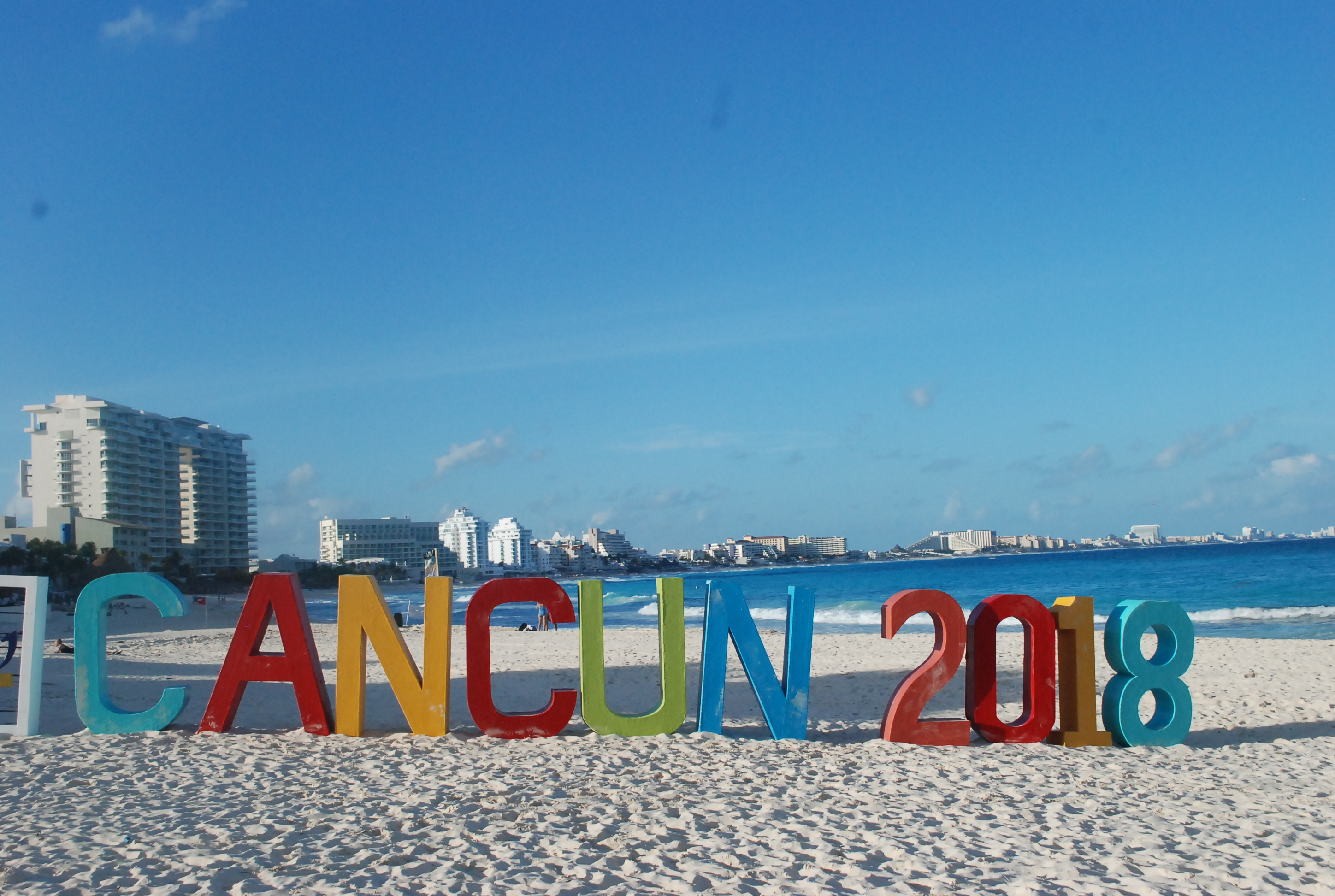 Woke up Monday morning and called in “Vacation” , by Tuesday morning I had decided  to get the hell out of town, my derriere was hurting from sitting.  and I  had no plans.  what to do ??

I  Called Clubmed in Cancun to see if they had any space . Booked a room for the next day and by noon  I was packing my bags to get out of dodge on the 6:55 Am flight to Cancun Mexico.

Flew to Cancun with Interjet Airlines , it was a very enjoyable  flight ,with lots of room between the seats. I had never heard of this airlines before. It’s a  low cost Mexican airlines with new service to Cancun. By the way as a side bar, seniors 65 and up get an automatic  15 % off the airfare. 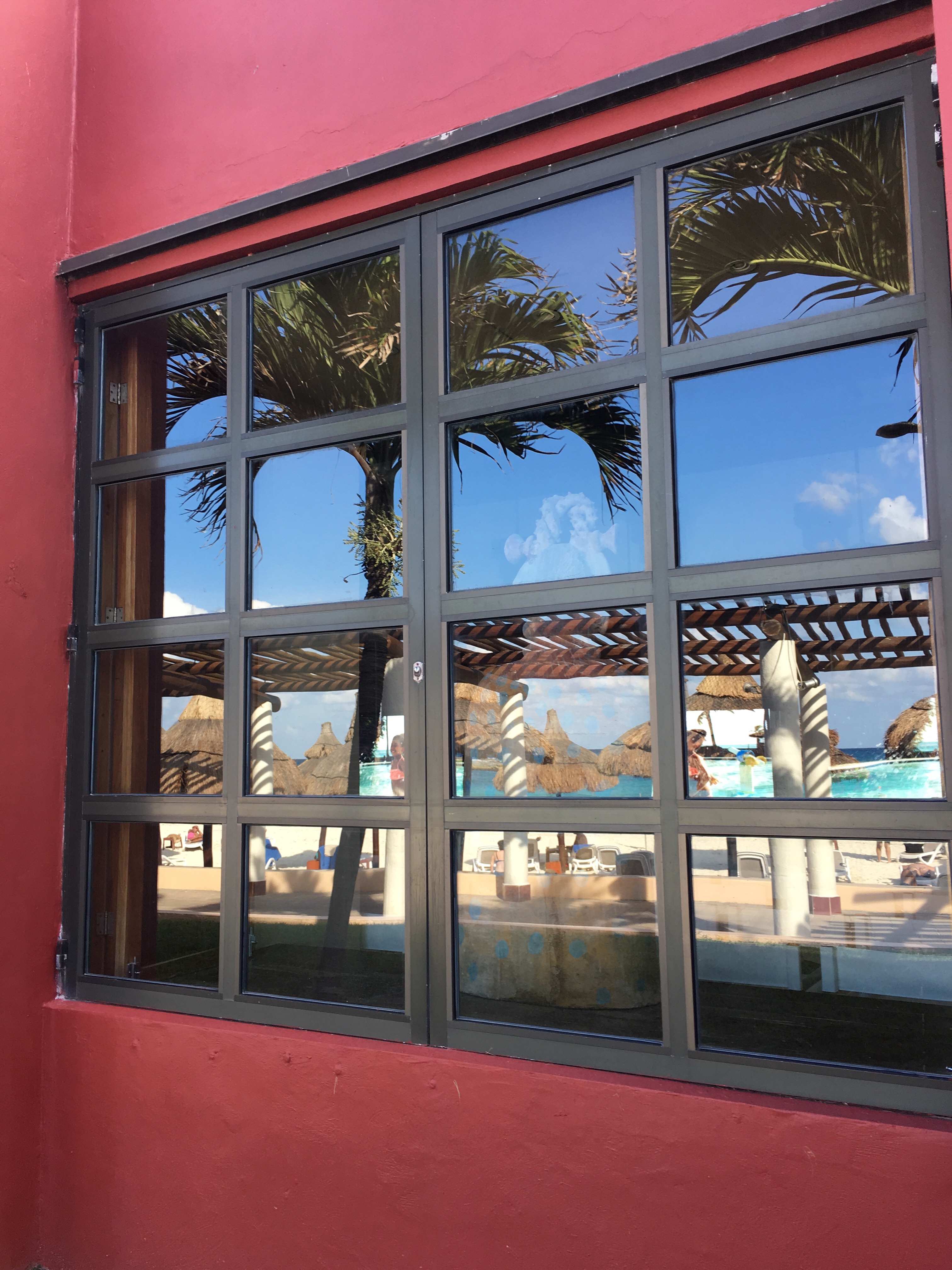 When I  arrived I was surprised by the roughness of the sea. Damn !! i thought. I’ m going to need a surfboard, the only problem i cant surf. Apparently the weather had not been so great  until the day of my arrival. Of course LOL . 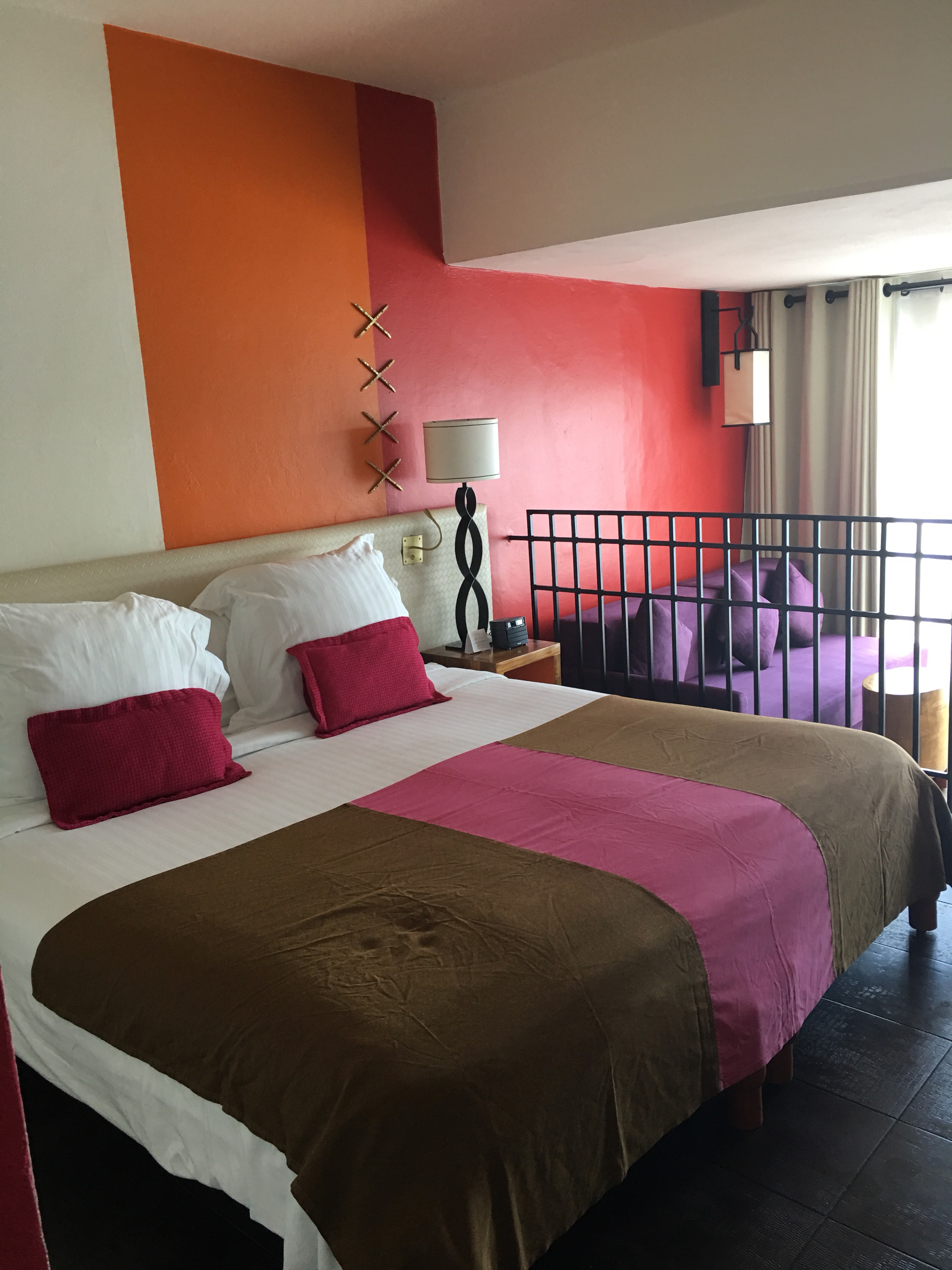 The resort itself is quite nice and very big.   A beautiful beach  and several restaurants . The pool area is a bit disappointing. 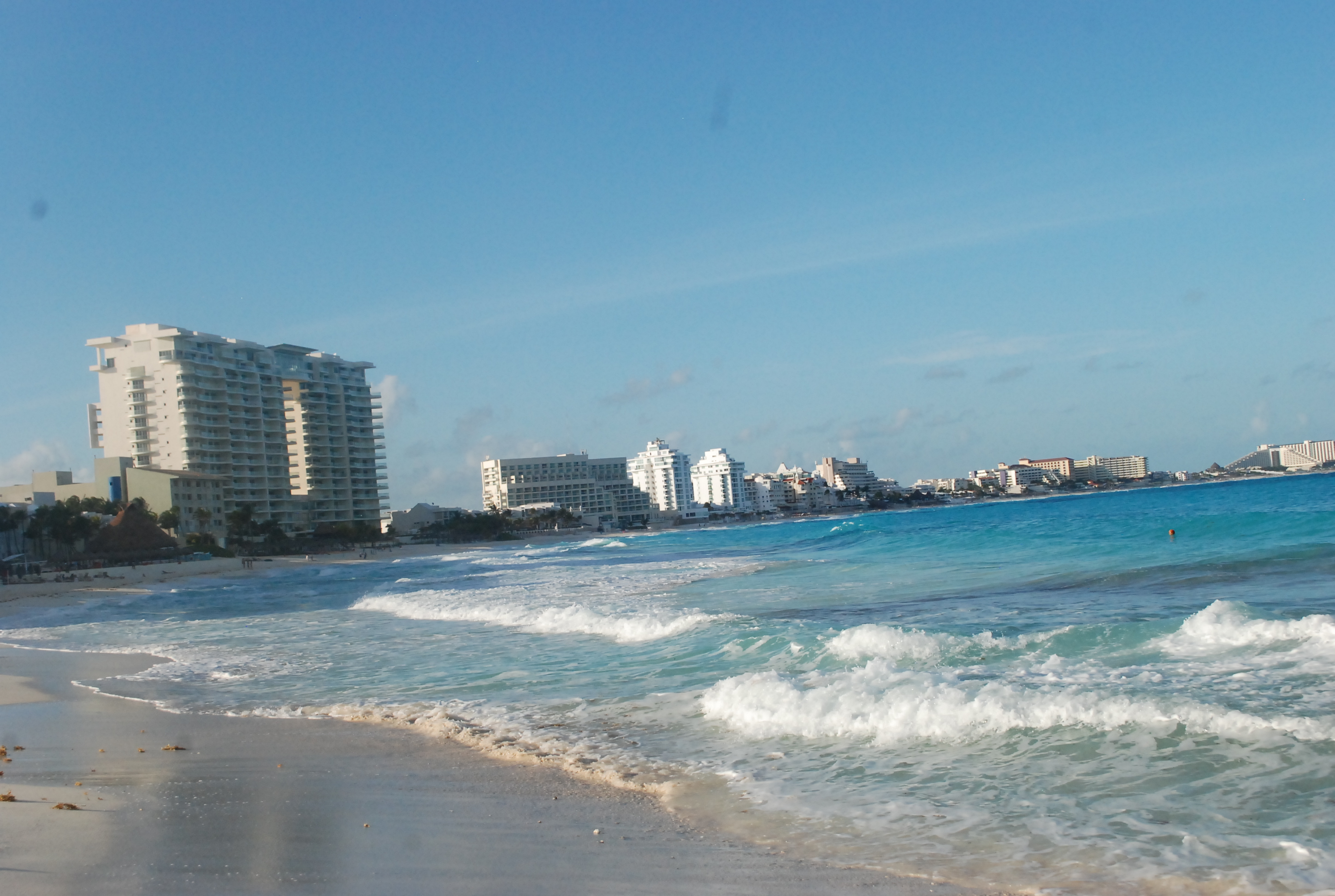 It’s Clubmed so expect the usual nightly shows, with the most amazingly talented G.O’s. The trapeze acts are really world class.

The Mexican staff is very friendly and  courteous . I must name one in particular Israel  at the Taco Arte restaurant, a pleasure to watch this gentleman work. Reservations are required for dinner at Taco Arte and The Estancia. The G.O’s very nice and helpful.

The food is delicious  and the bar area probably has the best sunset this side of Cancun. 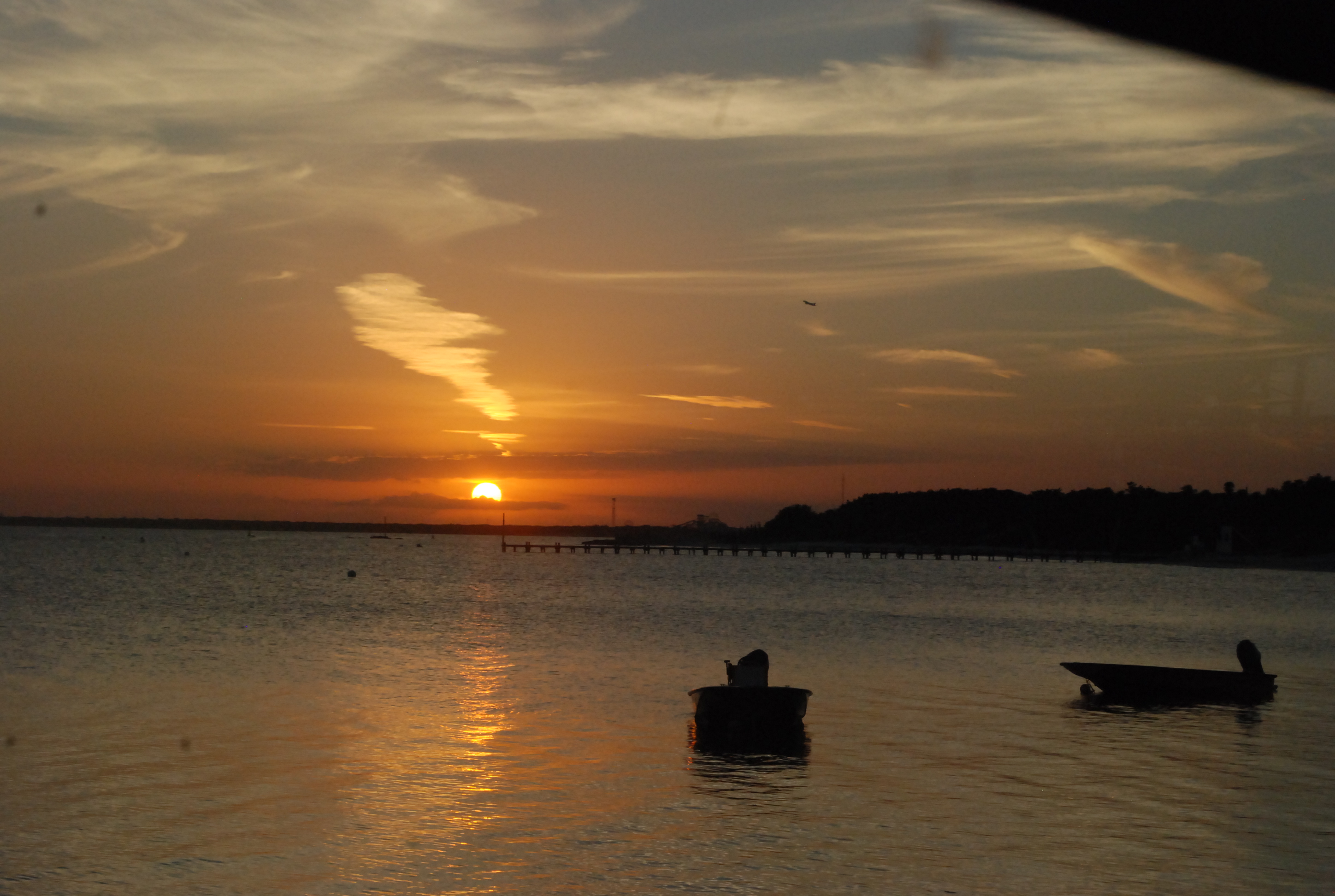 Was happy to see the presence of SEA SHEPHERD , a fabulous organization dedicated to the protection of marine life and the world’s oceans. I felt this was a very big plus for me in the appreciation of the resort.

Ek’ Balam is a Yucatec-Maya archaeological site within the municipality of Temozón, Yucatán, Mexico. It is one of the few Pyramids  today that allow climbing. 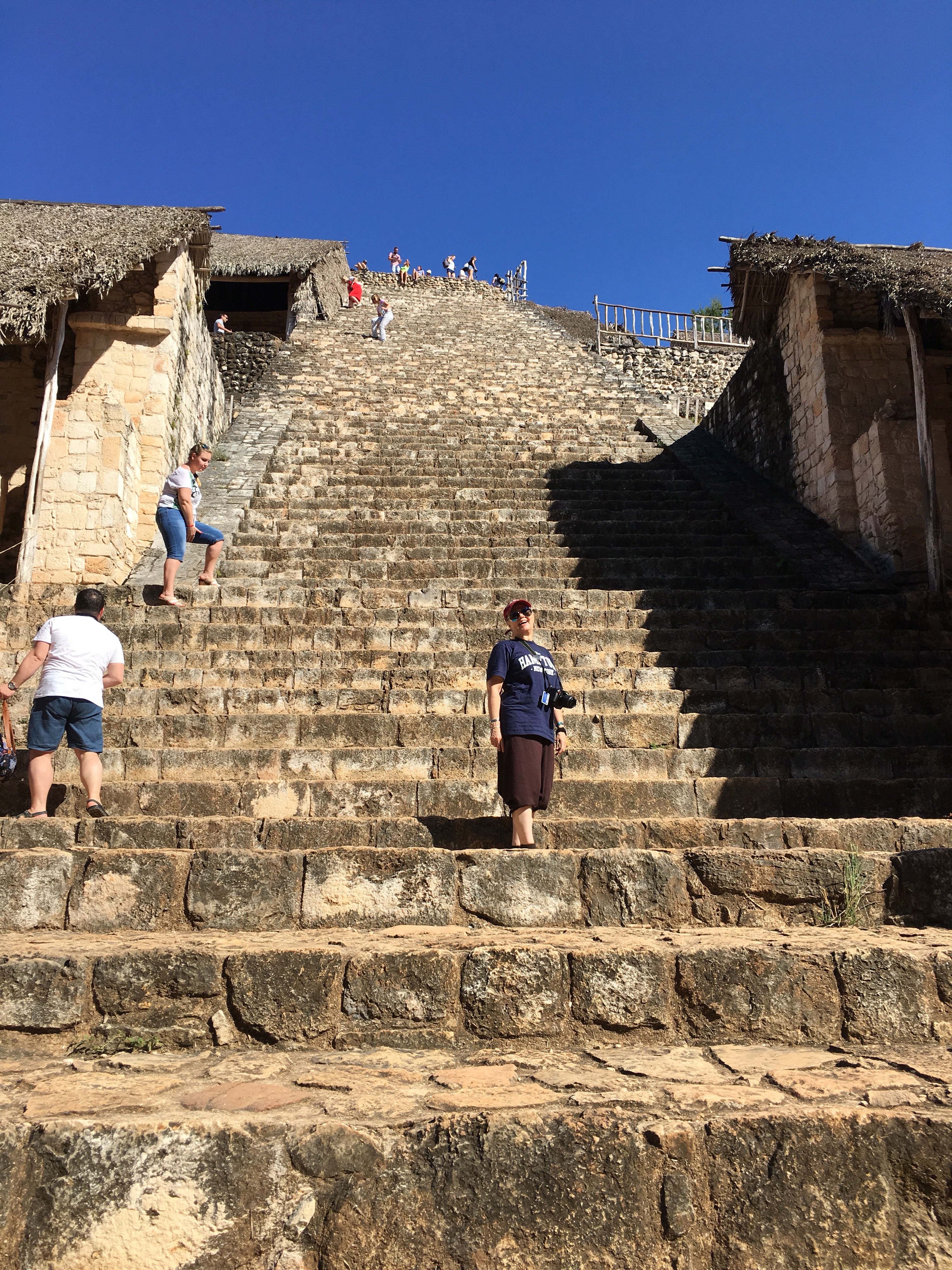 The Acropolis. The biggest building in Ek Balam is the “Acropolis”. With its length of160 m, the width of 70 m and a height of 31 m this pyramid is definitely the biggest pyramid in the northern Yucatan peninsula, due to its volume. The building rises up with 6 levels.

Although Acropolist only has 106 stairs , it’s very steep and surprisingly  difficult. Open every day from 8 am to 5 pm and Admission fee Admission fee is 141 MXN as of February 2017, this does not include the cenote which is an extra 70 MXN. If you are planning on using a Go Pro or a film Camera you will be charge and additional MX 45 for its use.

Try to get there as early as possible to avoid the crowds. Be aware that there is a time difference between Cancun and  and Ek’Balam of  – 1 Hour. 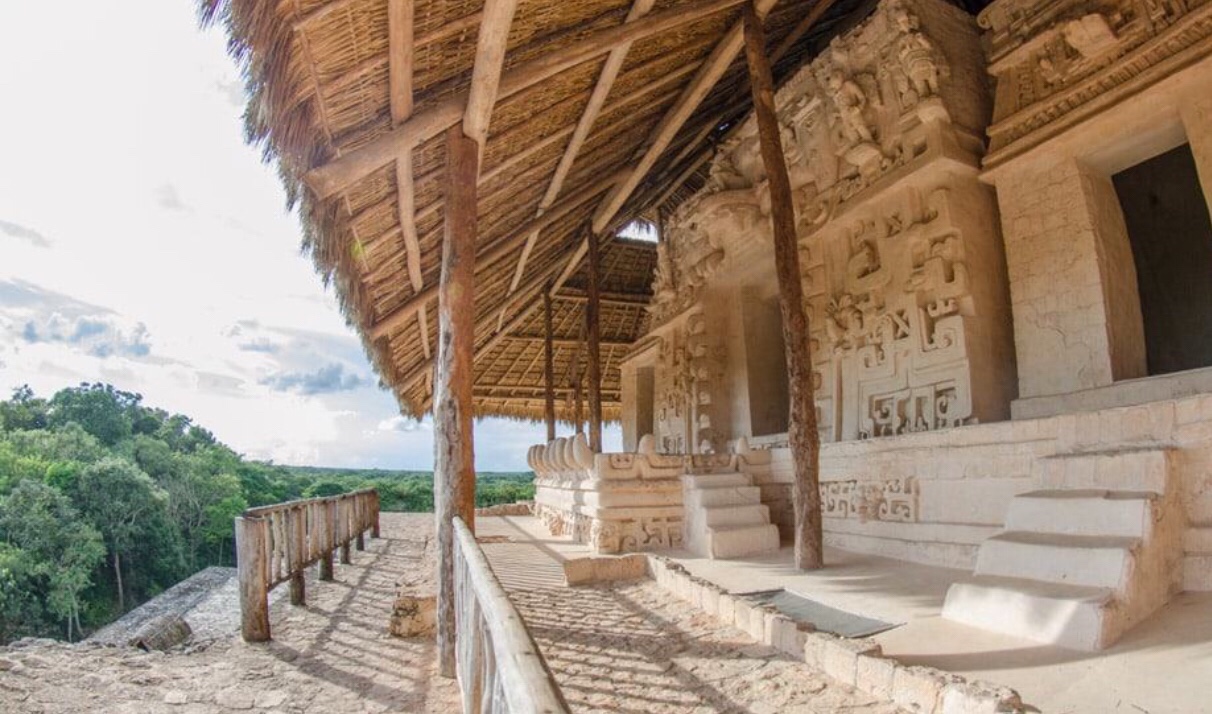 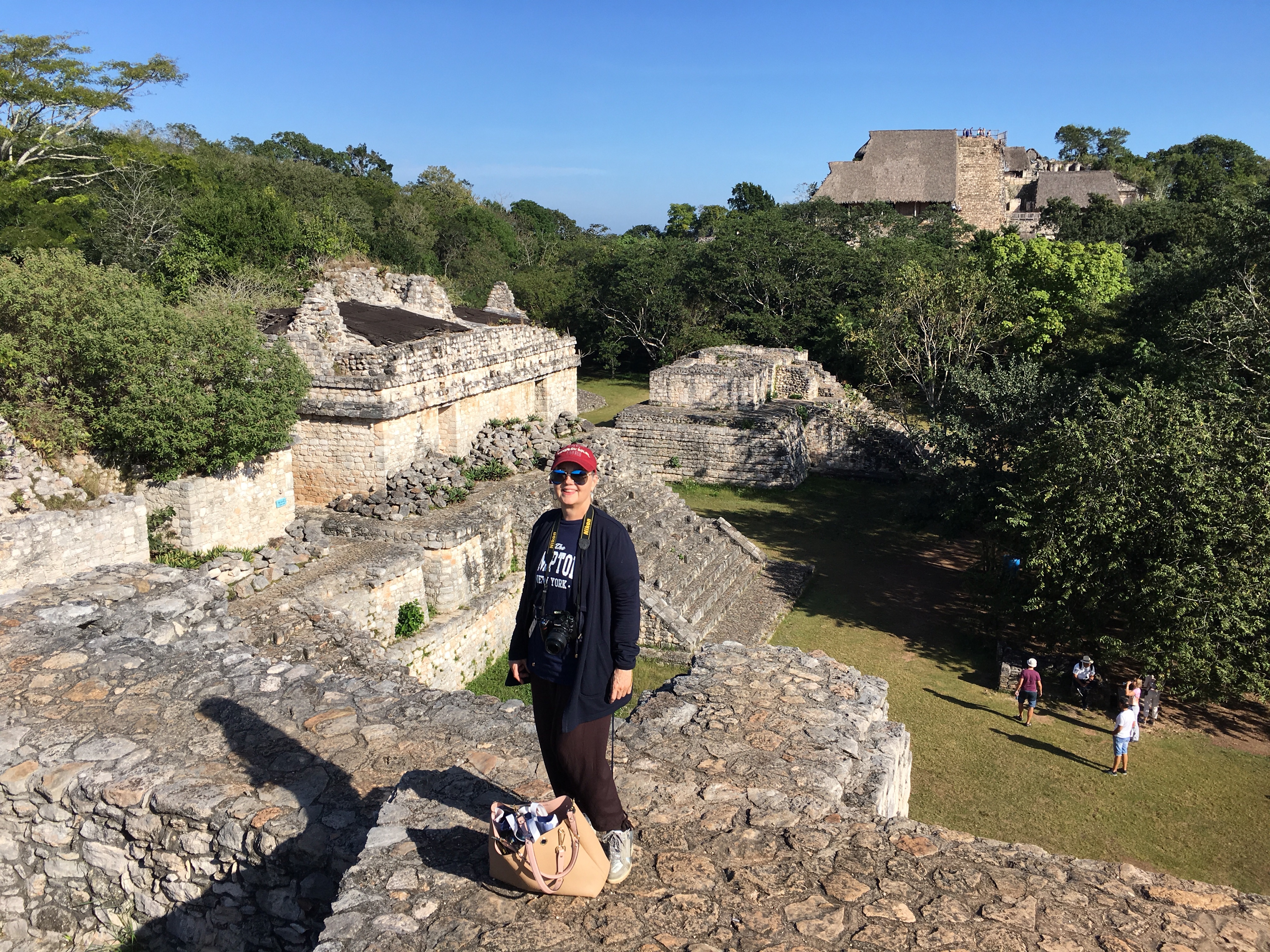 Do wear some sneakers , I noticed while I was there , that some people were climbing with very dangerous shoes, such as high heal or platform sandals. Please don’t . It’s just not safe. 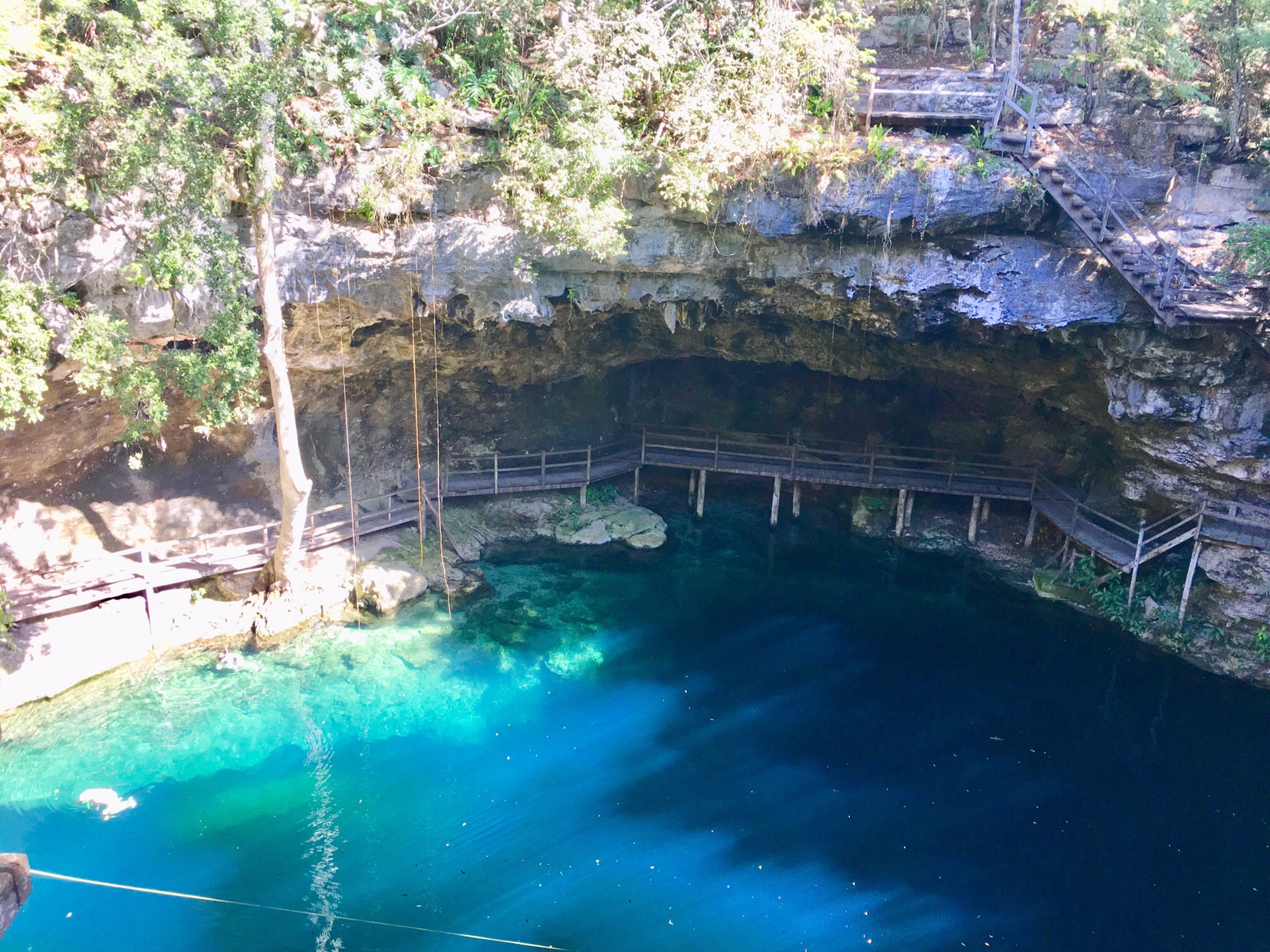 what is a cenote

A Cenote is a natural pit, or sinkhole, resulting from the collapse of limestone bedrock that exposes groundwater underneath. The water is a bit fresh about 24 deg C. and life vest are available for those who need it. Its definitly worth trying .

The Yucatan is uninhabitable, no natural resources and the ground does not promote agriculture , except where there are cenotes. If you find  village it’s because there is a Cenote, it’s the only place that can sustain life in the Yucatan. The population mainly makes a living on tourism.

Meanwhile back at Clubmed  , we were getting ready for the white party 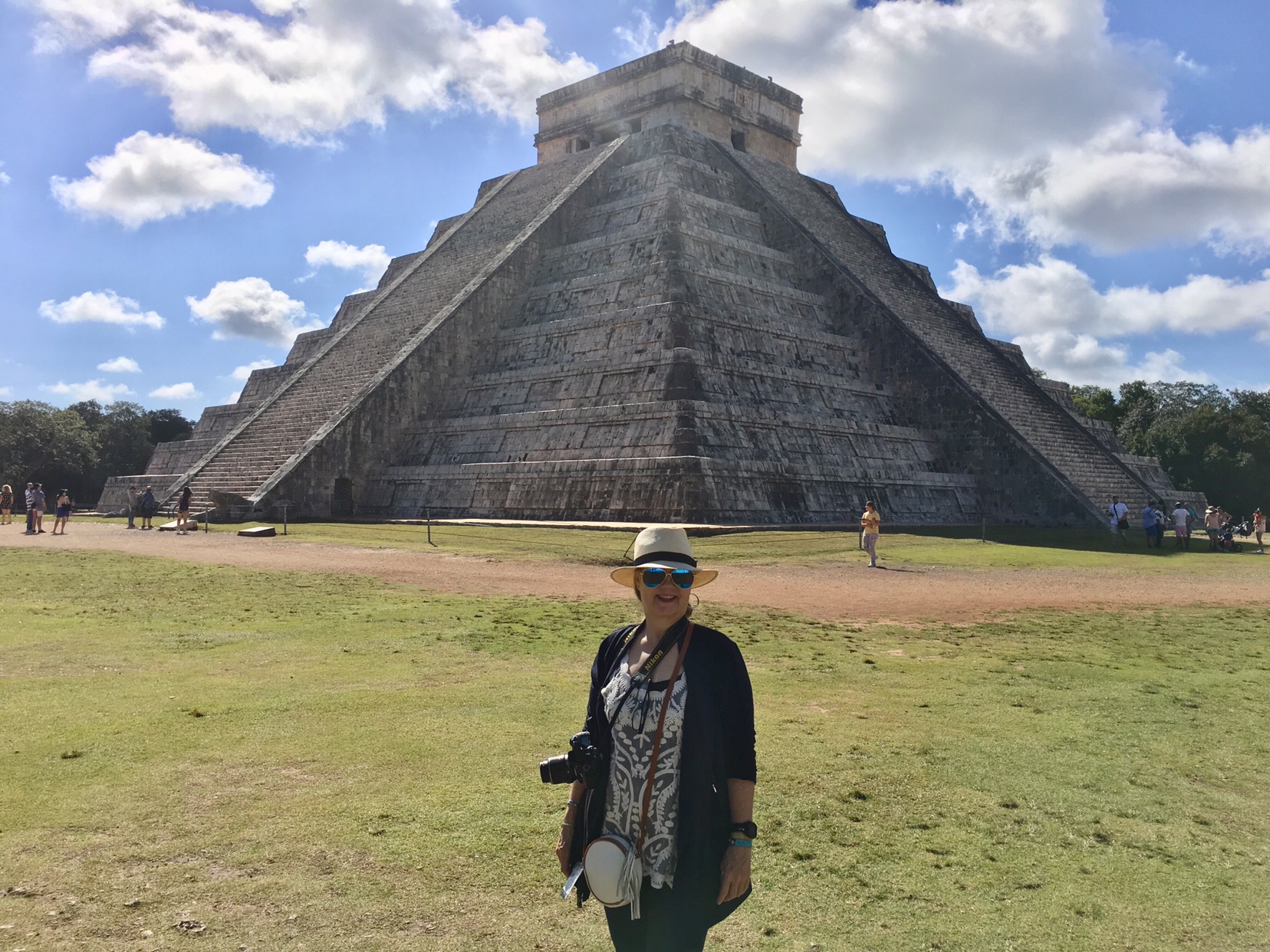 You can no longer climb the mighty El Castillo at Chichén Itzá. One of the 7 wonders of the world.

The cenote in Chichen Itza is not for swimming , it’s a sacred Cenote

The use of the Sacred Cenote was exclusively ceremonial. Over the years, the murky water has yielded many artifacts including gold, jade, copper, turquoise, obsidian, copal or incense, pottery, rubber, shells and the bones of around 200 people who were thrown in as a sacrifice. According to Bishop Landa, men, women and children were thrown alive into it as a sacrifice to the gods in times of droughts. 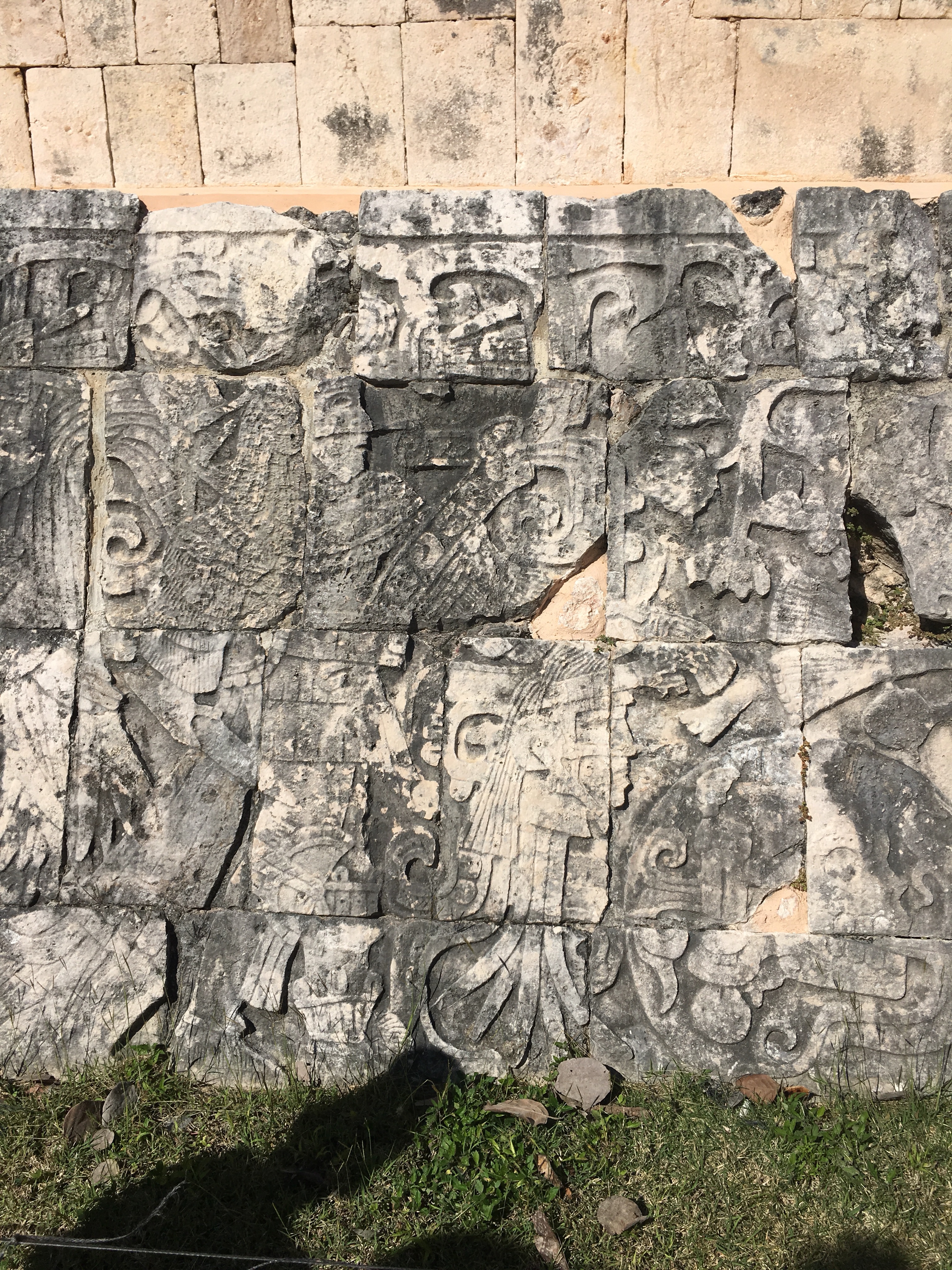 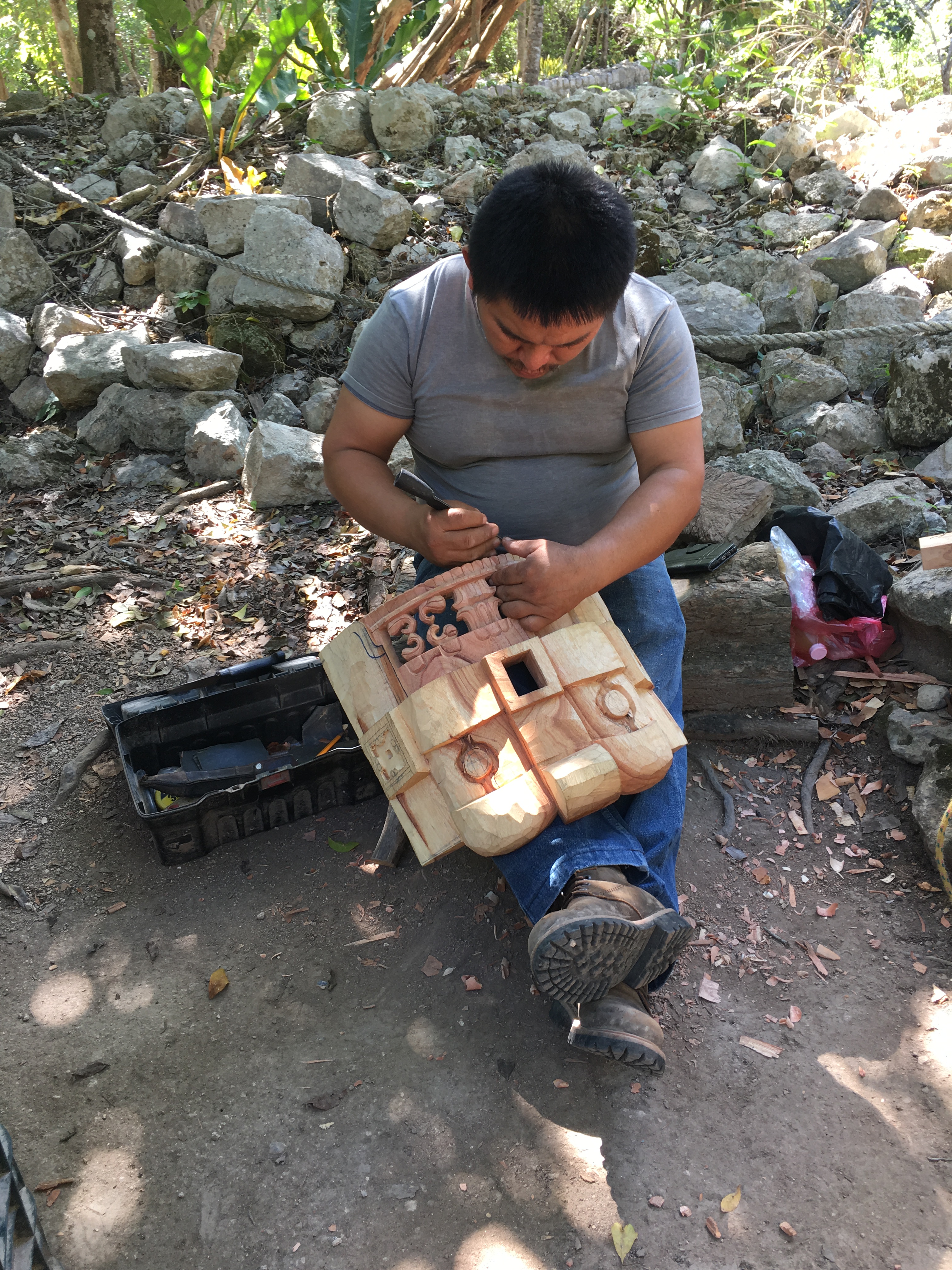 Clubmed Snow party. Ok was not expecting to get covered in soap, after a wash and blow dry.  But hey!! all in good fun. By the way I don’t know the girl kissing me , that was a photo bomb. Love it !!

Oh the humanity !! Its 78 deg and sunny , had breakfast , packed my bags including my bathing suit. I’m in my going home mode , the brain had almost adjusted to the thought of freezing my derriere.  After Having my fresh squeezed Papaya juice, a cafe con Leche, and  a nice ficelle  bagette, I took one look at the beach . The thought of 20 Deg hit me all of a sudden and all I could think  was ,  F…  it !!  take advantage to the last minute , so in the water I went , clothes and all.  Did not regret it for one moment . 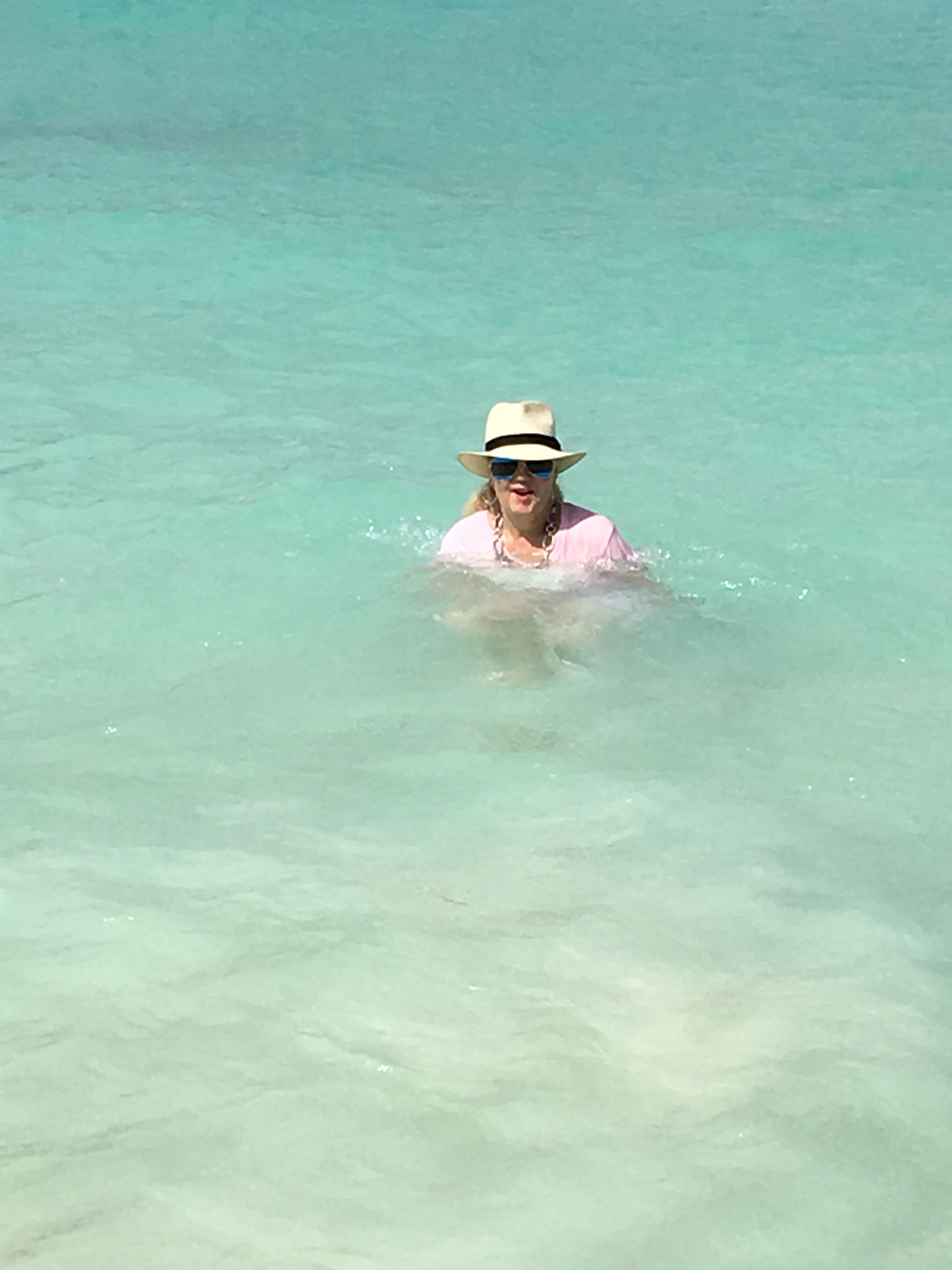 “Never did the world make a queen of a girl who hides in houses and dreams without traveling.”
― Roman Payne, The Wanderess 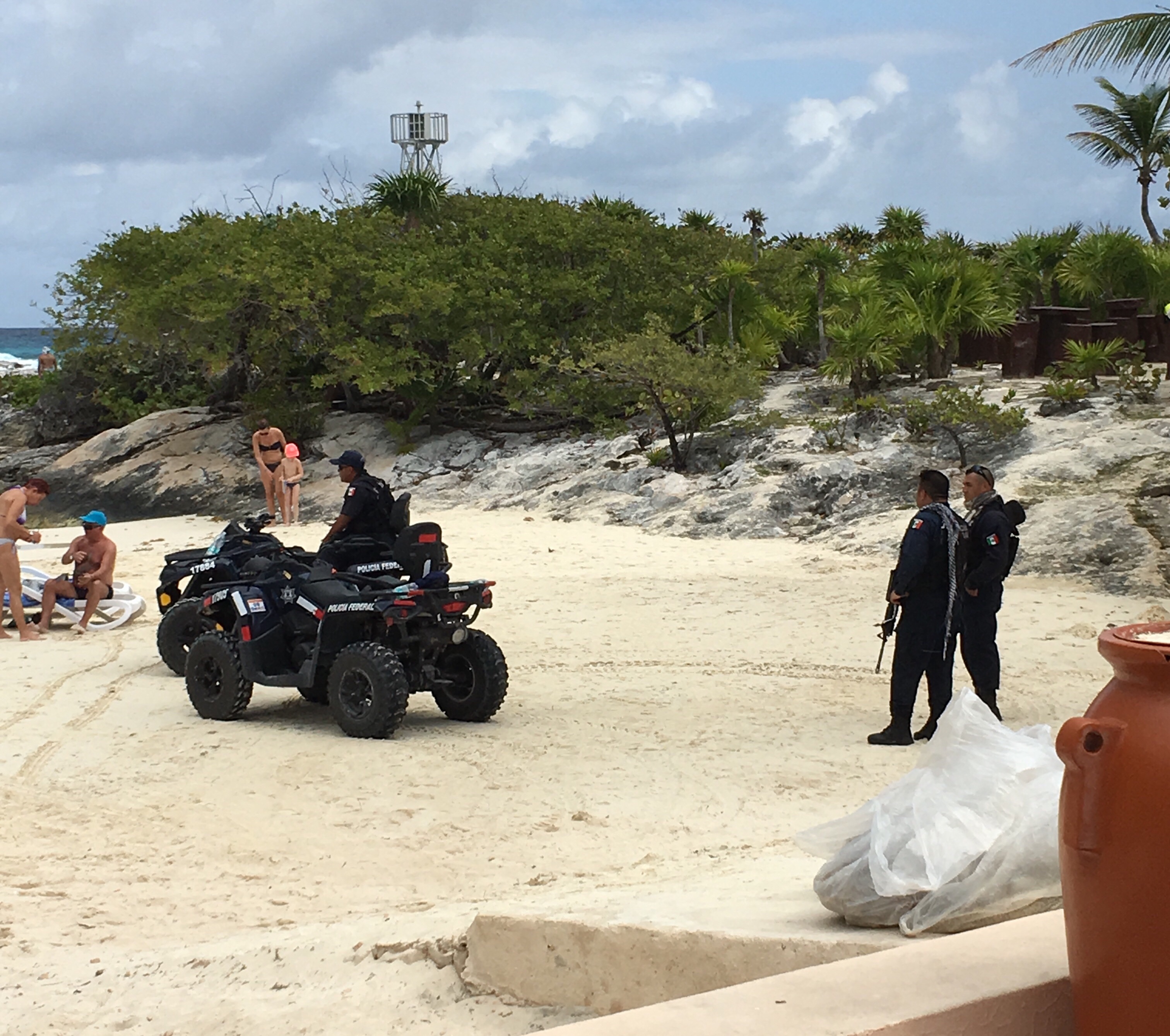 If you are wondering why the federal police was on the beach . Well I was wondering the same . No!! It’s not hotel security . So I asked them if they came for the guy on the lounge chair , who had plucked some coral from the ocean . Lol . You never know…

All good things must end. I hate when people say that but …. I guess they must. 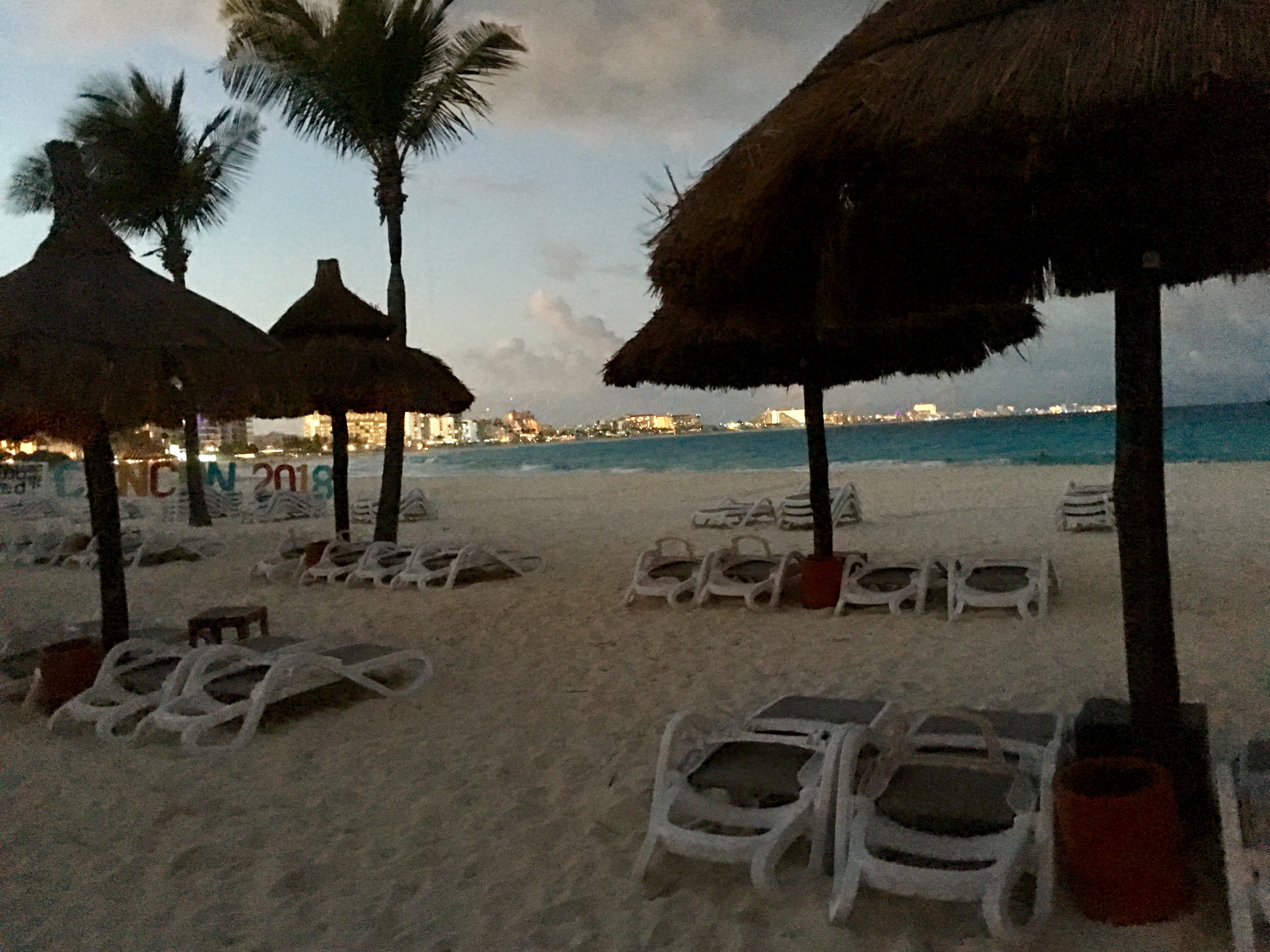